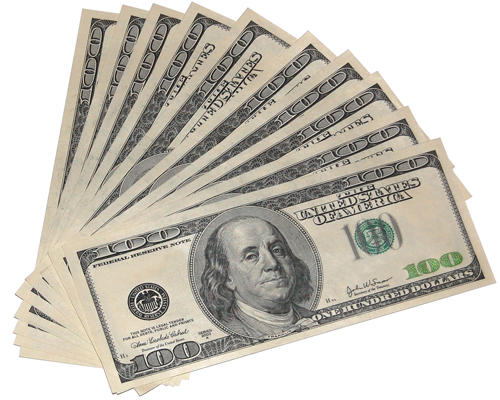 There’s no question that the federal construction industry has been hit and hit hard by the economic downturn. And I’m not the only one tired of hearing that. Contractors, builders, and their families want something that shows a way out. They need hope and are looking with increasingly anxious eyes to Uncle Sam.

In response, our government has taken steps to revitalize construction, beginning with last year’s passage of the American Recovery and Reinvestment Act (ARRA). With $137 billion of the $787 billion package allocated for construction, there was an expectation that much of the crisis would be alleviated. Then reality hit. The obvious had been overlooked: few contractors had been trained on how to access and bid the thousands of ARRA-funded opportunities.

As a result, many of those much-needed contracts were never awarded. And just like the year before, when $47 Billion of government contracts were not awarded because no one bid on them, the lack of a step-by-step guide for contractors blunted the effect of the ARRA stimulus money.

Caught in a declining economy and without the know-how that would allow them to access government contracts, construction businesses had to, as one contractor put it in a recent Austin American-Statesman article ( http://www.statesman.com/business/real-estate/for-contracting-firms-the-recovery-is-still-a-261700.html ), “take it on the chin”: cut overhead, lay off employees, and reduce profit margins. Over the past year, private work has become hyper-competitive, with dozens of builders bidding on what little work has been available.

Federal construction contracting, on the other hand, is the only segment of the construction industry that remains well-funded and active. Those contractors that were registered and qualified to bid on federal construction projects were witness to an unprecedented level of activity and opportunity.

For example: In September 2009, the last month of the government’s fiscal year, there were over 770 federal construction opportunities posted at http://www.fbo.gov, Uncle Sam’s public website for all federal purchases over $25,000. With a limited number of qualified bidders, and all sizes and types of projects available, many of the contracts had little or no competition.

Margins on federal construction projects are at an all-time high. I’ll be giving the keynote speech at the Dallas Construction Expo ( gcexperts.com ), where I hope to help companies get the government contracts they qualify for. A review of the most recent contracts I’ve helped companies win shows that my clients were the only bidders in four out of five awards.

In my 35 years of doing government contracts, there has never been a down-turn or slow-down in the federal construction market. There has always been a steady stream of contract opportunities coming out of Washington because our government has so many facilities to maintain. But due to the rapid increase in federal spending, there have been way more contract opportunities than there are qualified contractors to take advantage of them.

For example, take a contract we recently won in Scotia, NY for the Air National Guard. It was a fairly simple job and we were the only bidder. Our bid was higher than they had budgeted for, but they needed the work completed as soon as possible. They came back and negotiated an amount that worked for both of us, rather than put the contract back out for rebid.

One client company, Four Star Construction, won the contract to replace safety lifts at historic Lincoln Park, the original home of President Abraham Lincoln. Four Star was the only qualified bidder to bid. The project was fairly routine, but it did require approval drawings and special color selections to match the décor of the home. The cost of additional paperwork on federal contracts like this is offset by the higher margins that are typically possible on government work.

The competition for jobs in the federal construction arena is much weaker than it should be given the economy because most contractors simply do not know how to qualify for and get government construction work. With President Obama’s recently announced $3.8 trillion budget for the next fiscal year, this trend is certain to continue for some time.

The one thing that contractors should absolutely do right now is get registered and get qualified. With federal construction opportunities at an all-time high, there is no better time to add Uncle Sam as a client. Find a mentor, go to every available training course on the subject. Start contacting every federal agency in your area to see what funds they are mandated to spend.

To qualify for consideration for federal contracts, contractors first have to register with the government. This, like many things involving the government, can be a challenging process. However, the rewards can be remarkable.

Once registered, the contractor can go online and start browsing available opportunities, decide which projects to bid on and how much to bid them for. The best way to navigate the vast array of government jobs available is through one of the services that help filter the over 11,000 new purchase requests that the Feds send out for review every day. For contractors, builders, subcontractors, and suppliers, I recommend the sorting services of BidTrakker.

I host my own Federal Construction Profits Workshop, which covers the subject from finding the right opportunities, to bidding them, to getting them bought out, completed, and paid for. I bring more than 35 years of federal construction contracting experience with me to these classes. With over 1,000 contracts worth over $1 billion completed, I train others the way to make the above-average profits that I’ve enjoyed during my long career.

With Uncle Sam as a client, and access to the flood of federal construction funds pouring out of Washington, Contractors may do more than simply survive the recession; they just might flourish.

Next time: tune in for how and why to form a corporation.