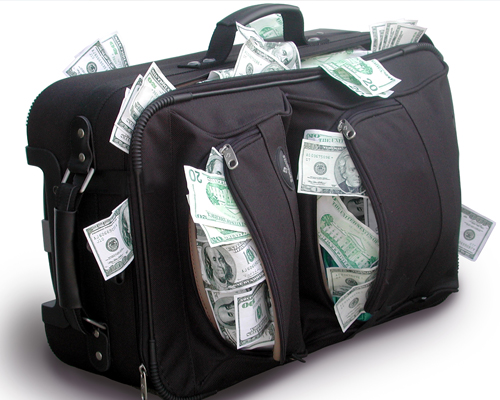 “Damn”, Jeff realized that the government was going to find out;

What will you do when it happens to you?

The phone rang, it was Jeff Williams. “What’s going on?” I asked.

He was deeply concerned as he said,

“What happens when the government finds out that

Below is an “insider” email: Confirmation of the conversation with one of the graduates of the “Advanced Federal Construction Training” Workshops:

Hi Jeff, This email is a confirmation of our phone discussion today.  You called about your first BLM contract pay request for $190,000, being sent to the Contracting Officer (CO) today.

Your concern was that, under the terms of your federal contract, the BLM requires that you fill out forms that will tell the BLM how much of the $190,000 they are paying you, is being paid to which specific subs and suppliers.

Thus the BLM is going to know that Joe Funk Construction is making about $90,000 in margin this month on your contract. And because it is a unit priced contract they’ll know that you’ll be making $90,000/month for the life of the contract; nearly half of the full contract price is profit.  What if you are asked to explain the huge profit margin?

OK – I got the picture and understand your concern.  Here’s what I explained to you:

First – it is OK to make A LOT of money on a federal contract, so there is no need to suffer guilt. My $960,000 Walter Reed Army Medical Center contract cost $308,000 to complete, so the profit on that job was $652,000 – a whopping 68% of the contract!   Our bonding company, when they saw the numbers, actually asked if we were laundering drug money (in all fairness, the job was in Washington DC when its Mayor, Marion Barry, was jailed for drug possession and use).

Like I said, it is OK to make A LOT of money in this business and you don’t have to explain it – you are just really good at what you do because you learned how to greatly increase margins and revenues by “The Industry Expert”, Doug Reitmeyer.

Given the fact that your BLM project was competitively bid and you were the low bidder by $4,000, Uncle Sam has already received the benefit of competition in the marketplace.

Second – Understand the agency budget – over $1.1 Billion.  Get familiar with each agency you work with and let them know that you have studied what they need and why they need it. Explain to every BLM employee that you want to be a valuable resource for them.  Over time they might surprise you with a request to take over a project for them.

Building relationships with Federal procurement officials brought me many millions of dollars in contracts that never went out for bid. A couple of the attachments to this email should help you to become conversant in the language of the BLM budget, requirements and goals.

Third – the more money Joe Funk Construction makes from doing federal contracts, the more resources it will put toward the effort to get more of them.  That’s a BIG PLUS for us taxpayers; We want and need competition.  Profits always breed competition, so high profits are very good for the economy.

That all said, I really want you to know how proud I am that you came to the Workshop, took notes, followed through with the phone calls, attended the webinar and followed the Blueprint exactly as it was laid out for you.  And your first six months results of over 42% average profit margin and more than $480,000 profit have been even more impressive than my average over the past 35 years; Commendable indeed!

Attached are some of my comments regarding the “Sales Dance” as posted on the LinkedIn “Construction Business Owners” Group.

All the best to your continued success with our program,

Do You Need Convincing? Watch the brief videos:

You can see Jeff in this original “end of Workshop” video:

Then again in these two videos after his 2nd time attending the Workshop:

* Six months after putting our systems into their business, Rusty sent this email:

Since May 1st JFCE has bid 20 federal projects. We have won 3 projects totaling $1,139,618. Our anticipated profit on these projects is 42.6%. If we can continue at this pace, we will consider our first year in the federal market an outstanding success.

By comparison, we have just completed $12.7 million in DISD school renovations at a 6% profit margin.

Thank you very much for helping JFCE get started in the federal market, and thank you for your continued support since the workshop.”

What They Say About The Advanced Federal Construction Workshop